Coach Sam started playing hockey at the age of 9 in Chicago, Illinois. She played girls travel hockey with Team Illinois and Chicago Mission. After high school, Sam played hockey at Plattsburgh State University while earning her Bachelors degree in Nutrition. During her time at Plattsburgh State University the team advanced to the Frozen Four every year. Her junior year the team won the National Championship. During her summers, Sam worked for USA Hockey at their National Development camps. After college Sam returned home to Chicago and was the head coach for Team Illinois’ U14 girls team and an assistant coach for Lake Forest College. Sam continued to work for USA Hockey after college as a strength and conditioning coach for the National Development Camps.  She was offered an opportunity from USA hockey to help develop the first residency program in Finland that was designed to be the home for their U-18 National team in Finland. After returning home from Finland, Sam found her true calling in Chiropractic care. She moved from Chicago to Marietta, Georgia to attend Life University. While earning her doctoral degree at Life University, Sam was the only girl playing on the schools Division II club team. Sam began helping out at Lady Thrashers half way through her chiropractic program and is currently helping to continue to help grow the program, season after season.

Coach Nellie started playing hockey at the age of 10 in Maine after begging her parents to play for over a year. Through her youth and high school years, she played girls travel hockey with the Maine Selects, The Maine Moose and the Maine Stars. Before transferring to prep school, she played with the boys varsity high school team at Messalonskee High School in Oakland, ME. As a sophomore in high school, Nellie transferred to St. Mark’s School in Southborough, MA with the dream of one day playing college hockey.

As her hockey career progressed, she was recruited to play both ice hockey and field hockey in college. Her passion shifted while at St. Mark’s and she opted to play Division I Field Hockey at Providence College in Providence, RI, while earning her Bachelors degree in Biology. Each season during Nellie’s time at PC, her team advanced to the Big East Tournament and was consistently ranked in the top 20 in the US. She was also named Third Team All-American as a junior, Second Team All-American as a senior, and was named Providence College’s Female Athlete of the Year for both her junior and senior year.

After college, Nellie spent a season as an assistant coach for the Colby College field hockey team in Waterville, Maine. In 2011, she enrolled in Life University and moved to Marietta, GA to become a chiropractor. Since moving to Georgia, Nellie has played hockey recreationally for the Lady Thrashers and the Atlanta Flames. She brings a unique perspective to coaching hockey as she is a multi-sport athlete, trained at an elite level. Although she opted to play field hockey in college, she maintains a strong understanding, love and respect for the sport of hockey. 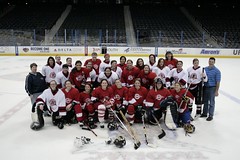 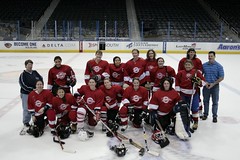 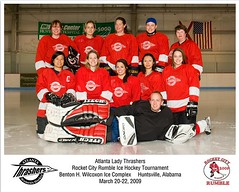